As mentioned in the last post, where this one continues, I had quite a problem and finding the right back pain treatment was crucial.

And as also mentioned I did do some remedial work, and of course when a back ping happened I developed a swath of strategies to manage the situation.

What Does META-Health Tell Us About Pain?

META-Health isn’t some whacky, where did this nonsense spring from malarky. It’s based in Embryology, which understands that as a child forms in the womb, so the brain layers are connected with the arrival of each stage of development and parts of the brain are thus:

*This is based on Geard Ryke Hamer’s teachings in his * German New Medicine. German New Medicine turns out not to be the originator of this material (but it’s the model I’ve studied since 2010) and it’s mostly correct, but some new understandings have been discovered by Richard Flook when he researched for his ACE Model

This means we’d look at the area of the medulla for answers to a back pain, and then we add some other understandings about it. These are that medulla issues are about not being strong enough, or feeling good enough.

What Does Not Being Strong Enough Mean

So how do we apply this information? We’re talking about something that Christian Flesch explains best in his book when he talks about the Felt Sense.

META-Health, has the same understanding and goes on to show that the felt-sense depends on whereabouts in the back it is. But all in all they are all about not feeling strong enough for a situation, that challenged an aspect of you.

Mr X works in a company where his boss takes him to task on a job he did, Mr X did his absolute best on the task and doesn’t feel able to defend himself. He feels stressed but then something happens.

But that boss transfers into another department, and the new boss, tells Mr X he did a great job. Mr X feels great, and that night, or over the next few days his back goes into spasm.

If Mr X uses the META-Health approach his health coach will have him revisit the original criticism, and by using the same tone and wording the pain disappears, interesting eh. Then Mr X revisits his feelings around the arrival of the new boss, and the back pain-returns, not that you’d want it to, but the pain can even be intensified.

The Result For Mr X

The result for Mr X, is that he gets to identify what brought the back pain about in the first place, which gives him a great insight into how the mind and body are connected.

He’ll also track back into where those feelings of low-self-esteem came from, i.e. it might be something that happened when he was much younger, or, he might have learned that from a parent or caregiver growing up.

That may sound a bit odd, but we not only inherit eye, hair and skin colour, we inherit habits, beliefs, behaviours, reactions, and symptoms. And what’s more the person we often learned it from, is likely to have learned it from their parent or caregiver and so on through the line.

Another benefit of breaking the pattern now, is that it prevents it being passed on to your kids, and if there are already signs of something it can be worked on in a similar manner.

Once Mr X has got free of that, he is not only back-pain free, but he also feels more confident and probably feels a lot better in himself. He walks taller, feels brighter and more in control of his life with better insights as to who he is and has more of a sense of his potential.

It’s elegant and doesn’t mean you chose between the doctor, the physio and this, instead you can take all the information and apply each aspect as you deal with and get relief, from the pain once and for all. And yes some doctors and physiotherapists integrate this understanding into how they work with their patients. After all it’s based in the science of Embryology.

When it comes to making better decisions, addressing what stops you is a very good place to start. Are you ready to take the plunge? 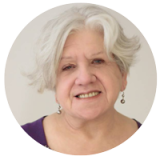 Get your FREE report